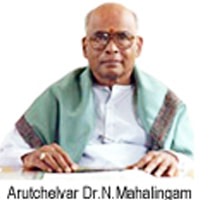 Born on 21st March 1923, at Pollachi, Arutchelvar Dr.N.Mahalingam obtained his Bachelor Degree in Science from Loyola college, Madras in 1942 and Mechanical Engineering from College of Engineering, Guindy, Madras in 1945. He was awarded fellowship by the Institute of Engineers in 1981. 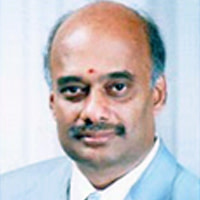 He evinces keen interest in the development of good infrastructure in the Information Technology.